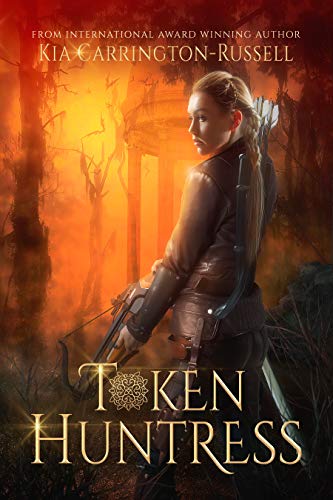 She was trained to kill him. Enemies to lovers in this action-packed dystopian Vampire Romance series.

Being born a hunter, Esmore has been raised with one purpose: to hunt and kill the vampire race that destroyed the world as it was known. At eighteen, Esmore’s a Token Huntress in her Guild, surpassing her mentor’s expectations of her, despite having no magical ability, like all hunters before her.

During a raid in the once iconic San Fransisco, Esmore’s team is ambushed, and a mysterious vampire that she is drawn to captures and takes her to the Vampire Council as a prisoner. Her captor—Chase, a lethal, immortal, sexy, and charming vampire who will stop at nothing to claim her as his familiar.

While in captivity, Esmore learns information that makes her question everything she’s been taught.

Now in the year 2341, Esmore fights for her survival. But who exactly is she fighting against? The very people who nurtured her or the evil she’s supposed to hate? 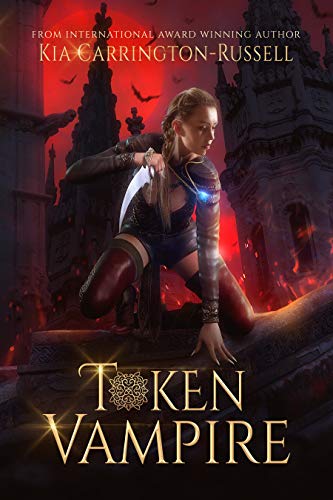 The world within the Hunter’s Guild has turned into chaos. Esmore, Token Huntress, has been cast out and targeted by her Guild, and is on the run. Now, reunited with her mother and true father, Cesar, Esmore is hiding within Cesar’s coven with the family she didn’t know existed. With her newly found vampirism unearthed, she must learn to control the heightened urges and emotions that consume her—blood, lust, vengeance, protection, and love.

Armed with only a few allies and her familiar, Chase, they must strive to find a place in the new world as the rules that guided them once, now have no meaning. The darkness inside Esmore is bubbling below the surface, threatening to consume her, and Chase must teach her to rein it in, for if she doesn’t, he may lose her entirely or worse, watch her turn on those she loves most.

Esmore is soon to learn what she is and, most disastrously—the danger she’s become. 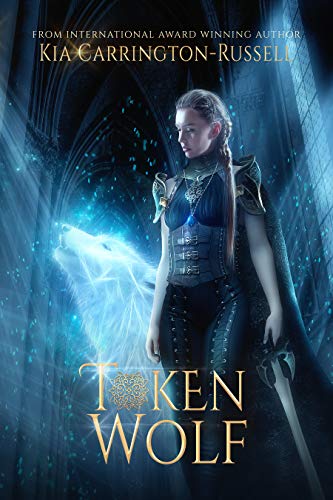 Token Huntress, Esmore, must recover since her near-death fall during a battle that saw her draw on the darkness within. Lacking in control of her newfound vampirism, she is on the hunt to rescue her familiar and secure his safety. Chase is the only one who can keep her from slipping into darkness forever, but he has been taken, and the thread that once connected them is wearing thin as time passes.

Unable to return to Cesar’s coven and left out in the open, Esmore and her brothers must form unusual alliances to fix what was lost and secure their futures.

Esmore has never toed so close to the edge.

Can she reach Chase in time, before the last vestiges of her humanity slip away for good? 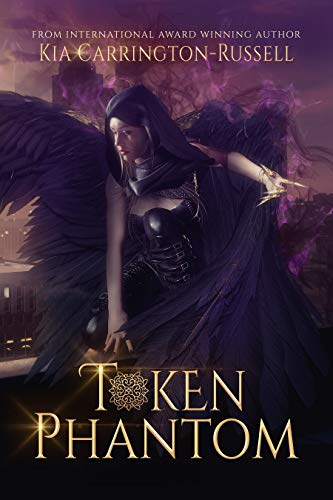 The vampire covens and Token Huntress, Esmore, now have one more enemy. The Human Government has stepped out from the shadows, creating a lethal, mutated species with the ability to turn humans into wolves. Their target for vengeance? Vampires.

Esmore and Chase are coming undone, her dark, impulsive nature threatening to drive a deep wedge between them as he wearily borders on the verge of becoming a saber. What was once their greatest strength is twisting into their greatest weakness. If she doesn’t gain control of the intoxicating power now, it might cost her all that she wishes to protect forever.

As new secrets are revealed and unlikely allies come forth, Esmore must decide who’s worth saving and what this wild gamble will cost.

The monster is coming undone, and following rules has never been her specialty. But if she gives in to its voice...she may never come back. 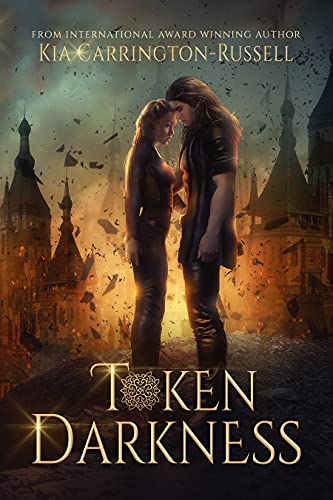 Token Huntress, Esmore, and familiar Chase are designated the task to create a divide amongst the Vampire Council. In the land of ice and snow, they take advantage of a receding throne, promising Council Leader, Tracey, a thriving empire if she were to betray the magistrates of the Vampire Council and ultimately Oppollo’s reign.

With time ticking against them until the upcoming Vampire Council Meeting, Esmore must decide if she wishes to seek out her hidden heart and inherit her birth-given gift and if her entitled power is worth the risk. Because if she can’t control it, it might undo the very man and love she’s sworn to protect.

Amongst the treachery, battles, and chaos, a divide begins between Esmore and her family. What is right and wrong? And what will keep them alive?

Will Esmore claim the power prophesized to potentially destroy the world, hoping to tilt the scale in the war? Or are there some things in the unknown darkness that should remain untouched no matter how compelling? 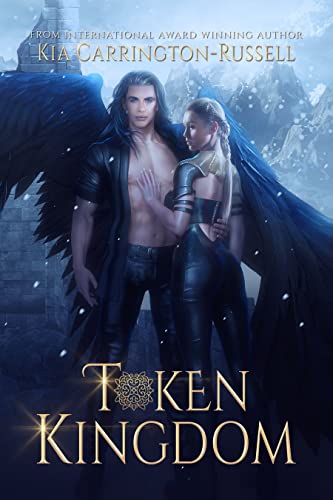 Until death do us part. The war has become personal. Now it’s family, and blood has been shed, with lives that cannot be returned. Token Huntress, Esmore was crafted for one thing—to protect humanity. That was until she turned her back on the very Guild and people she loved to protect the new species of werewolves and opposing vampire coven members who were once considered family before their betrayal. She might’ve been the victor of the battle against Oppollo and his reign, but it took so much more, leaving her desolate a decade later with the war still to be won. 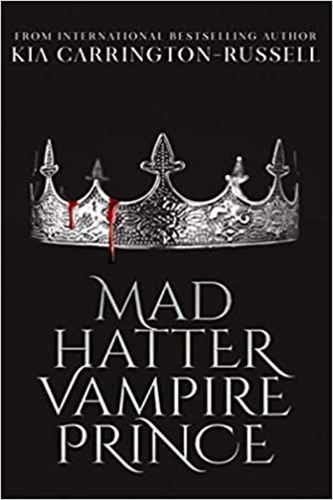 A PREQUEL NOVELLA TO THE TOKEN HUNTRESS SERIES. CAN ALSO BE READ AS A STANDALONE.

Kyran Klaus is the prince of Grand Klaus, his reputation honoring him the title of the Mad Hatter Vampire Prince. Crazy, deadly, lustful, and utterly bored with life. Sasha Pierce is one of a kind. Having been experimented on by her mother as a child, she’s become a human weapon who’s looking for answers beyond the walls where her kind aren’t enslaved to vampires. When the Mad Hatter Prince takes a sudden interest in Sasha and her work, she scarcely begins to cover her tracks and hide her secrets. What she doesn’t anticipate is being a pawn in his most sinister performance yet.

Disturbingly Wicked! This novella is not for the fainthearted. Lust, Gore, Wit, and Malicious Humor. Prepare to be deliciously tainted.